The efforts of generations to keep an ancient knowledge tradition alive

the act or process by which something,
such as knowledge, is passed from
one person to another

The Great Transmission explores the remarkable journeys Buddhist knowledge has made in the course of its 2,500-year lifespan. It meditates on the fragility of knowledge in the face of global events and asks the crucial question: What is the future of this ancient wisdom? Read more 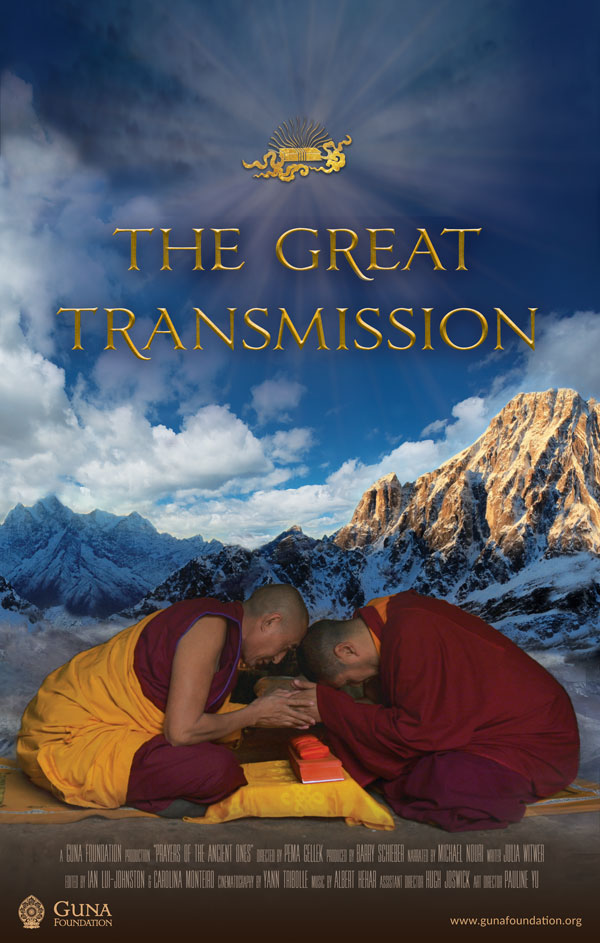 Imagine that you are one of a handful of survivors of an event that has virtually erased your culture. Now you must start from scratch—locating the lost knowledge and finding ways to ensure that it continues into the future. This is the position Tibetans have been forced into by the events of the 20th century.

For 1,200 years Tibet has played a major role in Buddhism’s survival. The Great Transmission depicts the sacrifices made by generations of Tibetans to keep Buddhist knowledge alive, delving into the story of Buddhism’s arrival in the Land of Snow, and the flowering of art and culture that followed as Tibet became the inheritor of an ancient tradition. Over the centuries, a long chain of Tibetan masters carefully cultivated this Buddhist heritage, creating a civilization of extraordinary spiritual depth. But in the 20th century, history delivered Tibetan culture a nearly fatal blow.

In 1959, Tibet was invaded by Communist China. In the upheaval that followed, Tibet’s sacred texts were almost completely destroyed, and with them, Tibetan culture. Without the texts and the teachers who understood them, how could this ancient knowledge survive?

Witnessing the disintegration of his culture, Tibetan refugee and Buddhist lama Tarthang Tulku decided to dedicate his life to restoring the knowledge of his tradition. For the next forty years, he worked tirelessly to find, edit, print, and distribute Tibet’s irreplaceable texts. Working with a handful of volunteers, he would eventually deliver over four million books into Tibetan hands, in one of the largest free book distributions in history.

The Great Transmission illuminates the deep love Tibetans have for their endangered culture, and tells the story of the efforts of countless generations of Buddhist practitioners who made great sacrifices for the sake of knowledge—even risking their lives. Our film traces this heroic activity of knowledge preservation as it unfolds through history to the present day. It is a story of the universal value of a tradition that without careful nurturing could easily be lost to humankind. 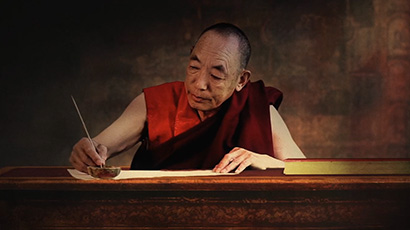 Today, over 50 years after being forced to flee their homeland, the bearers of Tibet’s ancient Buddhist traditions stand upon a precipice. The last generation to have been fully educated within Tibet before 1959 has almost disappeared, leaving a scant handful of leaders and teachers to ensure, along with their students and heirs, that Tibetan Buddhist knowledge continues into the future, not as a museum piece or historical curiosity, but as a vital, living tradition that has a part to play in the modern world.

The younger generations are confronted with the awesome task of upholding their sacred heritage. In exile, the leaders of Tibetan Buddhism have struggled to provide stability, establishing monasteries and teaching tirelessly. But the next generations desperately need access to their sacred texts in order to ensure the accurate and complete transmission of Tibetan Buddhist knowledge.

This moment is the turning point for Tibetan Buddhist culture. Will it survive as its “greatest generation” passes on? Will the new lamas, monks and nuns have a strong enough educational basis to ensure the survival of their traditions in a contemporary world that moves almost too quickly for comprehension? 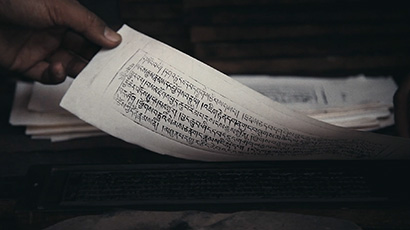 Our film explores the significance of an ancient and peaceful culture

Our main story challenge was to give depth to the history and tradition of sharing knowledge in the Buddhist world, while creating a vital context for the preservation activity taking place today. We hoped that by illuminating the past, we could help viewers grasp the significance of the devastating experiences of Tibet, and begin to appreciate the determination of its people to carry their heritage into the future.

In order to round out our story, we interviewed several Tibetan Buddhist scholars and teachers, as well as key Western scholars and thinkers who could help us dig more deeply into the significance of our story. We also interviewed key figures at the Yeshe De Project, who unfolded the story of their decades-long work making the sacred texts of Tibet available once again to the Tibetan people.

Thai animator Phanuthep Sutthithepthamrong joined the Guna team in early 2014. His skill and drive opened up an entirely new set of storytelling possibilities for The Great Transmission, allowing us to produce sophisticated and affecting 3D visuals of key moments in Buddhist history.

As production began, we assembled a dynamic team of filmmakers, editors, animators, and volunteers who dedicated themselves to the project. French cinematographers Yann Tribolle and Simon Pénochet spent ten days with Pema filming at the World Peace Ceremony, conducting interviews and capturing spellbinding footage of Tibetan and Indian Buddhist practice. We were fortunate to have extraordinary access to the Mahabodhi Temple complex and to the Nyingma Monastery in Bodh Gaya, allowing us to film in their classrooms, dining halls and assembly spaces.

When we reached out to celebrated actor Michael Nouri to be our voiceover narrator, he delighted and astonished us by responding to our query within hours, graciously donating his time and that of the recording studio.

New-York-based composer Albert Behar worked with very closely with Pema to create a score that would express the energy and compassion that animated the film. In order to work effectively despite being separated by a continent, Albert was able to connect Pema directly to his workspace, enabling the two of them to collaborate and edit on the fly.

We are very proud of the outcome of this incredible team effort, and hope it will provide a window on a sacred culture with much to offer to the modern world.

Knowledge is alive in people’s hearts and minds; it manifests in how they live their lives, their values, and what they create.

There are always a few key players in the transmission of knowledge, and it always comes from a few moments in which that person, who is empowered to act, realizes that there is something of great intrinsic value in that knowledge.

Sometimes it’s a handful of people who have the power to change the course of an entire civilization. This happened in Tibet in the 8th century. Perhaps it can happen again today.

There are so many stories of incredible selflessness and sacrifice that we have had the chance to uncover through our research for this film, through our attempts at finding a way to tell this story. We are very honored to share these stories with a larger audience. 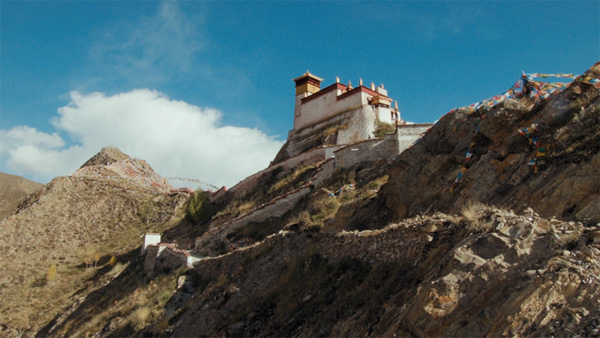 Almost fifteen hundred years ago, Tibet was an empire. At its height, it controlled the Silk Road, and spanned Asia from Eastern Afghanistan to Central China, and from Mongolia to Nepal. Wealthy, powerful and deeply curious about the larger world, the Tibetan kings made alliances, conquered territory...and discovered the Dharma.

Pictured above: Tsethang Tower, site of the early Tibetan kings. Legend has it that the Yambulagang was the first building in Tibet. 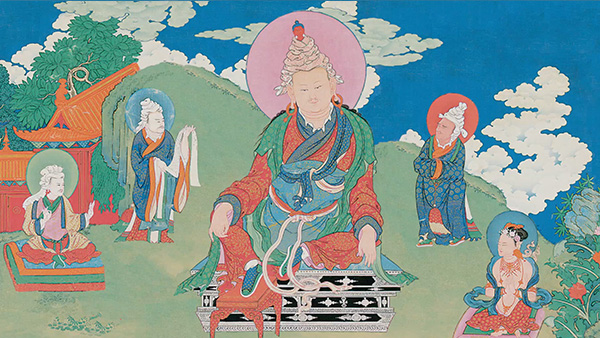 Tibetans began practicing Buddhism as early as the seventh century AD, when King Srongsten Gampo sent his trusted minister to India to learn Sanskrit and devise a writing system for Tibet, allowing Buddhist texts to be translated into Tibetan for the first time. In the eighth century, 20-year-old King Trisong Detsen became determined that the Tibetan Empire would follow the Dharma. He dispatched a host of young Tibetan translators to India, birthplace of Buddhism. They returned to Tibet with more than a thousand texts. These works formed the basis for a sacred text tradition that would, in time, constitute tens of thousands of texts, painstakingly gathered from across Buddhist India and translated into Tibetan.

The tradition safeguarded in Tibet is of critical importance, for it holds a wider range of Buddhist texts than was collected by any other Buddhist culture. If these texts were to disappear, the damage to Buddhism worldwide would be incalculable.

Tibet in the 20th century 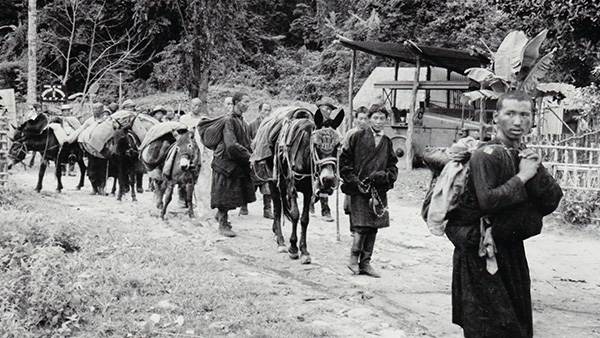 Beginning in 1959, Tibet experienced invasion, famine, and the destruction of its culture on a vast scale. By the 1960s, the number of active monasteries in Tibet went from over 6,000 to less than ten.

The Tibetan text tradition was nearly lost forever in the turbulence of the 20th century. Virtually all of Tibet’s sacred books and art were destroyed, and most of its great teachers passed away, were imprisoned, or were forced into exile. A small number of lamas were able to smuggle their private libraries out of Tibet; these precious volumes became the basis for the decades-long preservation efforts of Tarthang Tulku and others. 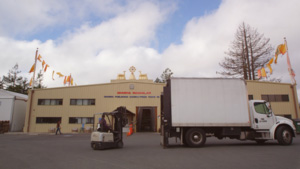 Founded by Tarthang Tulku in 1983, the Yeshe De Project is one of the world’s largest and most effective Tibetan cultural preservation efforts.

Named for a legendary early Tibetan translator, Yeshe De is dedicated to the preservation of the Tibetan Buddhist knowledge tradition, with a special emphasis on the teachings of the Nyingma tradition--the first and oldest school of Tibetan Buddhism.

The mid-20th century saw virtually all of Tibet’s Buddhist monasteries destroyed. In the chaos, almost every library was lost. Restoring Tibet’s sacred literature has been an immense, decades-long challenge made possible by the tireless work of a tiny handful of masters, scholars, and devoted supporters.

Since its founding, the tiny, all-volunteer staff of Yeshe De has worked relentlessly to preserve and print these profoundly endangered sacred texts. Over 4.25 million books have been offered, free of charge, to Tibetan Buddhists in exile, and over 3,000 monastic libraries have been replenished. 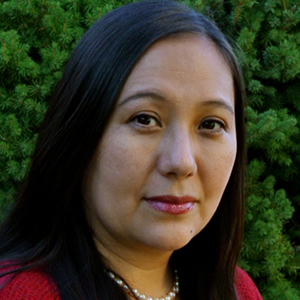 Co-Director of Guna Foundation. This is her third film 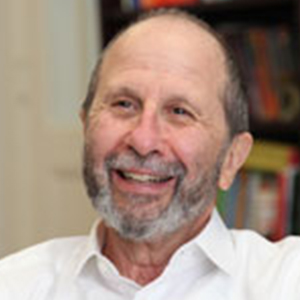 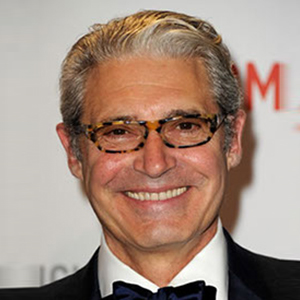 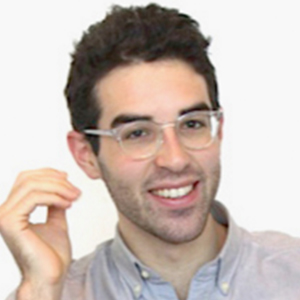 Composer of classical, experimental and film music. Has collaborated with the Kronos Quartet. IMDB | Website 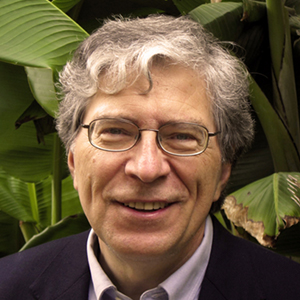 Has worked on and off in documentary film for 25 years. This is his third film with Guna Foundation 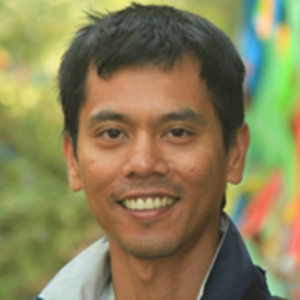 Worked for sixteen years as a professional animator in Thailand, spent four years as a forest monk 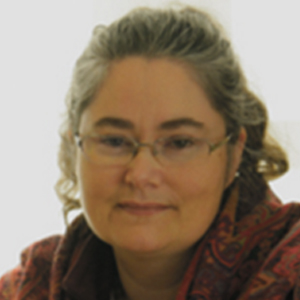 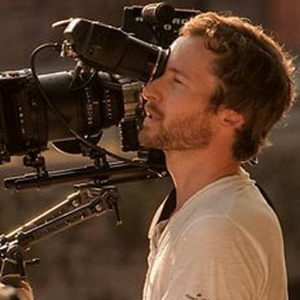 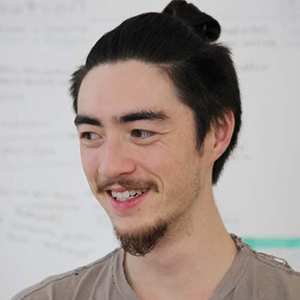 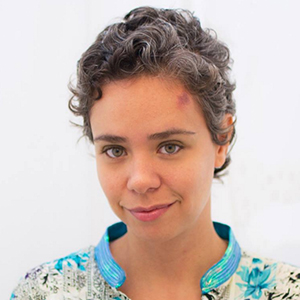 An editor, cinematographer and motion graphics designer whose work has been viewed on Brazilian TV 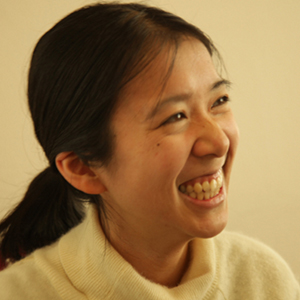 Studied Art History at UC Berkeley. She has been with Guna since 2011; this is her third film 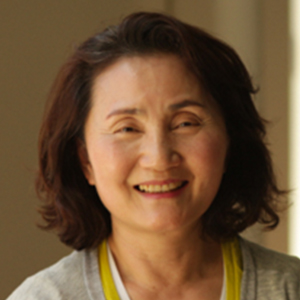 An English teacher, artist, and translator. She has been with Guna since 2013

Guna Foundation is a 501©3 non-profit.
Donations are tax-deductible

Private screening of The Great Transmission

Official trailer for The Great Transmission. 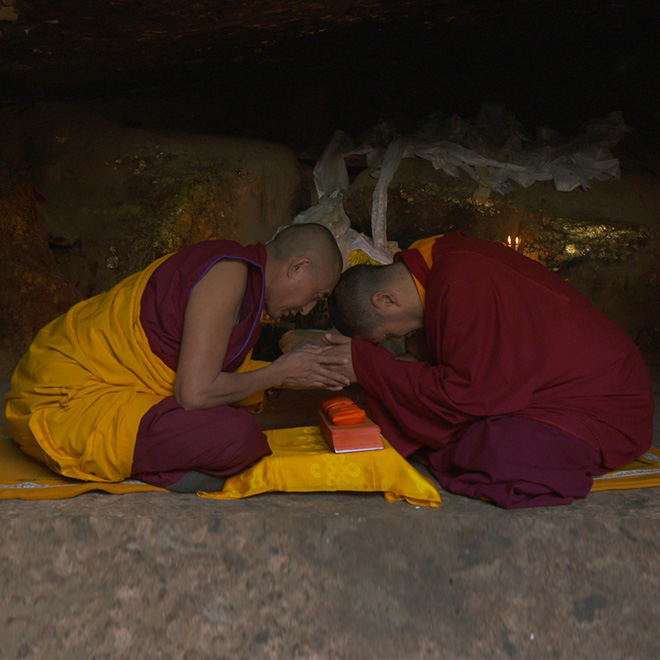 Preview and making of The Great Transmission. 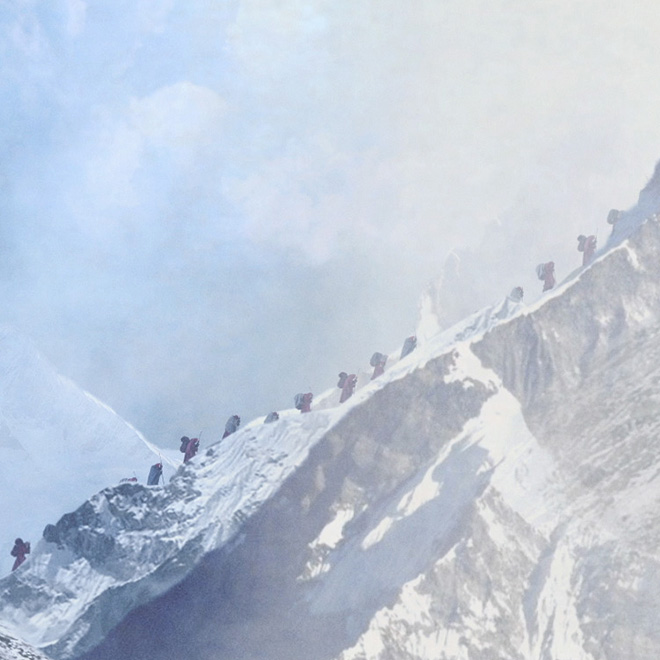 Nearly lost several times during its long history, the great transmission remains in the world today because of the dedication of a small number of people who loved the knowledge contained in these books and believed it was worth saving.

The Buddha’s decision to teach marks the moment when the great transmission entered the world to benefit others. It reflects an extraordinary faith in all human beings to understand, to change, and to experience awakening.

Our deepest wish is to extend the longevity of the sacred Dharma, the very heart of Tibetan civilization. Our task has been to put the written form of that heritage into the hands of practitioners; the rest is up to them.

Interested in hosting a screening? Have a recommendation, question or compliment? Thank you for taking a moment to get in touch.

In celebration of 50 years of Tarthang Tulku's teaching in America, a unique book/writing journal of selected quotes is being released July 4, 2018.

Quotes is free while supplies last. This is a limited edition print run. Any donations received will be given to Yeshe De Project for the production and distribution of more sacred books.

If you wish to receive a journal or simply to support the sacred book project, please press the donate button: